If your heart seems to live continuously while waiting for something … then it’s time to meet with yourself on a deeper level, on the level of the the sacred union within you. Because, in fact, you need to learn what it takes to really meet yourself, so that you can really meet the other one.

The Sacred Union of the Masculine and Feminine

For those who have this strong desire of the soul to materialise the sacred union between masculine and feminine in a sacred relationship, first of all, it is necessary that the two parts of us heal. We need to get in union inside us, in order to materialise it outside of us.

We need to stop the abuse.  To let the inner woman speak and offer to the world the vision of her heart. Then we need to put the inner man in the service of that vision.

We have to start caring for the tired woman who has learned to define herself only through others. And to teach her what it means to shine into the world, just by what she is inside. And then to be with others who are shinning the same way.

We need to allow to the man from inside of us, tired of fighting and tired to demonstrate and to be under pressure all the time. And to put his head in our lap and tell him he’s okay even if he’s not performing all the time. That he can learn to enjoy life, even if he does not always achieve his goals.

It is time to let these two parts of us heal each other and support themselves. The man and the woman inside, the mother and  the father in our cells, the relational model learned and put into practice until now, on a collective level.

Let us allow to these two principles to work together, after centuries of working against each other. Let’s heal this wound of separation between masculine and feminine.

Healing of the female and the male principle

If you are a woman, let your heart cry about the pain of the men you abused in your life and whom you allowed to abuse you. Cry for the pain of those who treated you less than the goddess you are. And cry for your pain, because you were not aware of who you really are.

Cry and forgive and forgive them too, for they did not know what they were doing. They were so caught in their pain that disconnected them from their hearts and pushed them away from the Divine Mother.

If you are a man, cry for every woman you have abused. You cry for every moment in which you allowed yourself to be emasculated by the feminine in your life. Because of the guilt you felt towards the feminine principle you have hurt throughout the history.

And either you are a woman or a man, cry for all the lives in which you have a polarity or another.

For the lives in which you were the victim or persecutor, abused or abuser. We have everything inside of us.

We continue a war that maintains the illusion of separation between masculine and feminine every day.

Find yourself and unify yourself in the Cosmic Marriage the woman and the man inside.

Learn the song of the Sacred Union between the Divine Masculine and the Female. It is the song that your soul sings to the heart of your beloved, accompanying  each other into a new era.

The era of sacred relationships, in which we honour the Divinity from within and from each other, every single step of the way. 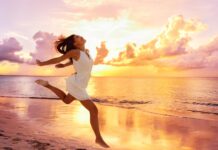 You have to be so soft that nothing can hurt you 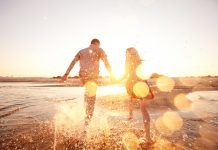 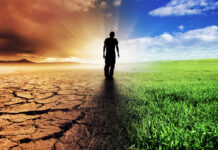 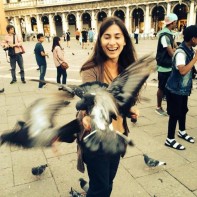