“The souls of men and women are in a couple relationship in order to develop themselves and not to avoid evolution. Something inside us knows this and desires this growth more than anything.”

The quote is from the book “Magical Love” by Marianne Williamson. A profound book that analyses the relationships between men and women, from the spiritual point of view.

Here is an excerpt from chapter “Adults in Love”. A chapter full of answers to many of the sentimental problems we see around us.

A fragment that brings into our attention an spiritual truth. Any sentimental problem is an opportunity for spiritual growth, and not necessary a cause for suffering.

We just have to try to change our perspective. To transcend the egoism saying “This is always happening to me!”. And to learn our lessons, sometimes painful, that our couple relationships communicate to us. Accurately, every time, what we need to heal inside.

“Often, two adults in a relationship repeat over and over again their childhood dramas. One of these usual melodramas happens when a man who did not reach maturity falls in love with a woman who believes she can determine him to change.

A woman who tries to do the emotional work of a man, in his place, chose to play his mother’s role. Behaving like a mother to a man nullifies its masculinity by definition and strengthens his dysfunction.

An adult man’s incapacity to assume responsibilities concerning his own thoughts, feelings and actions is, first of all, a proof of neurosis. And a woman who tries to compensate his lack, offering him more of herself, proves an extra neurosis.

If his mother did not let him walk on his own feet when he should, it doesn’t mean that you have to carry him. The solution is that someone would let him do this, now.

Until a man does not separate from adolescence fundamentally he will not have the necessary force to be a real man or to foster true love.

<But if I am not doing this for him – if I don’t call him when he doesn’t call me anymore, if I don’t make him speak about his feelings and I don’t show him what he is doing, what mistakes he does in our relationship, when he obviously has no idea about it then the relationship is over, it cannot go on!> some women say.

If you seduce him, manipulate him, make plans or try in any other way to start something that wouldn’t start normally, from him, then you will fail. And this will eventually make you feel humiliated, rejected, embarrassed.

The healthy feminine and masculine

Why should a woman try to win a man’s love through manipulation? Basically, because she is desperate. She wants a great and passional love in her life. This is something that anyone wants.

The desire itself has nothing wrong in it. What it is wrong is to take a shortcut to fulfil our desire. The universe offers love for free, but the proper relationship must be won.

The energy of love

Love itself is an energy that flows freely, and the couple relationship is an earthly container for it. This container must be made of integrity, justice and compassion – otherwise the energy becomes destructive.

You cannot try to convince a man that you are the woman of his dreams. A woman who conspires did not learn yet that if a train doesn’t stop in our station, it means that it is not our train.

Unfortunately, she doesn’t realise that there is another train trying to reach her. But it can’t, because another train, that shouldn’t even go by there is held by the intensity of her wishes.

We can say that in a way we control the people we teach, for whom we act like a mother, or the people we help too much. This is the reason why these roles are so tempting for those of us who are afraid of real intimacy. But if you give in to this temptation, the joke will turn against you one day.

Masculine initiates, feminine receives. If in a couple relationship, the woman plays the role of initiator, the male, aggressive role, then the man can only remain in her place, to the detriment of his masculinity.

If he gives in to the psychological demands of a woman, then he plays the feminine role, towards the masculine one. But even if he is willing to do this to satisfy her, usually a woman is not happy with a man, if he comes to her door like a puppy.

Some women may think: <Yes, but my man doesn’t know how to be a man.> Exactly! Only a woman with high standards that is not interested in anything more than the most adult interaction between a man and a woman is capable of inspiring a man to act like one.

What eventually attracts both men and women is the fire of initiation, the subconscious attraction of the situation that represents the next phase of our personal development.

But the only way we can teach others is to consciously try to learn from our own mistakes, in their presence. To find and live our own truth and not to try to tell the other what their truth should be – this is the biggest gift we can offer the others.

Psychologically, it is important that in a relationship one remains on his/ her side of the field, do his/her own work and concentrate on his/her own reactions. If the other person does not reach his/ her hands to us, we must accept that no game will take place here.

When a man takes the initiative in force and then makes a step back at the first sign that he can obtain what he wanted, he announces you that he is not ready for love yet.

Let him know that you are, but do not explain to him in a co-dependent manner what he obviously does not understand. Or do not try to warm him up or draw him to yourself again.

You should just announce the universe that you are ready for an adult couple relationship, but do not become angry at someone who does not act like a grown-up.

Actually, if you hurried to offer him your heart before you were proven that emotionally and psychologically you were engaged in a couple relationship, doesn’t this mean that you acted like a child yourself?

Many times, men are accused of not going in a trip that they did not agree with in the first place.

What a great opportunity for two people to grow! He can try to get over the situations when he was not mature enough to assume what he himself had provoked and to heal himself of the chronic habit of being on high horse, getting something, and than retreating with a limp.

She begins to take responsibility for her habit of offering her heart to men who had never really said they wanted it. “ 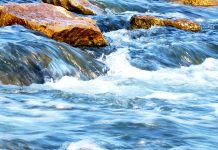 Personal growth and the Law of Minimal Effort 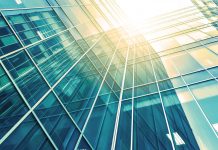 Self development and self improvement: about projections 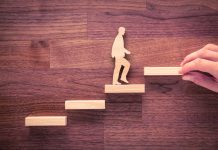 Personal development: ideas that could help 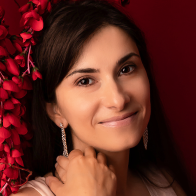 mihaela
I am a healer and a Soul who loves. Through Love, I experience myself as a Divine Being in this world. My mission is to embody Divine Love on Earth and, through this, to dissolve the veil of illusion between dimensions. My sense of purpose on Earth comes also from holding the hand of the people who are coming to me, through their own process of spiritual awakening and going beyond illusion.